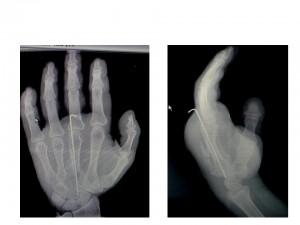 If you could not guarantee continuity of care (must pass care to a lower standard), what instructions would you give to the accepting physician and the patient?

Are there any cultural/military discipline implications for this injury? 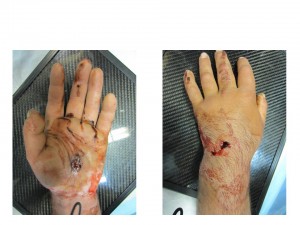 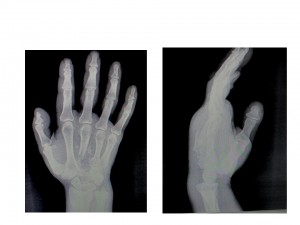 Operation proceeded within an hour after presentation.

In the austere environment, what should be done for this patient?

What are the goals of surgery? 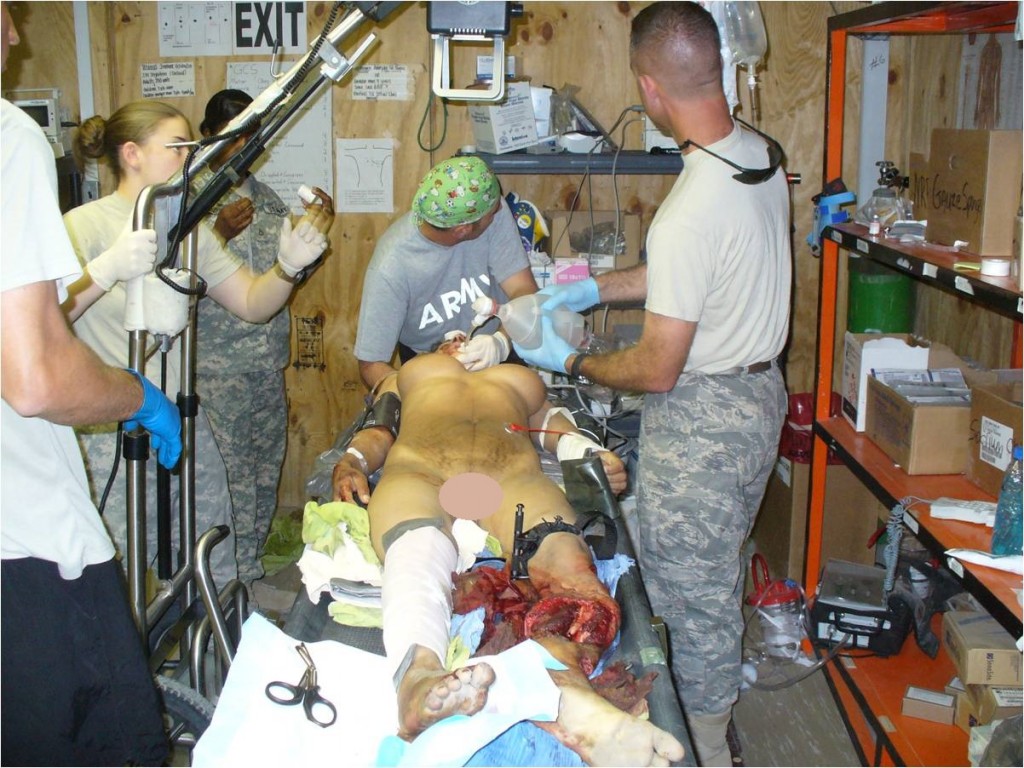 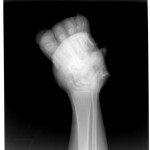 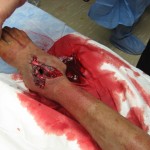 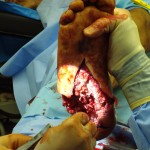 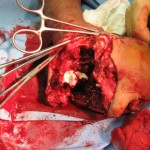 Refresh Your Trauma Skills (part three of a series)

On the day of the injury, the trauma surgical team immediately initiated advanced trauma life support stabilization protocols for trauma resuscitation. They achieved intravenous access and initiated shock treatment. A warmed operating room had been prepared and blood products were ordered for planned rapid infusion. The team placed a chest tube and confirmed the diagnosis of a simple pneumothorax from a penetrating gunshot wound. They performed a brief neurovascular exam of both hands, which suggested Smith suffered no major arterial disruption and all major nerve distributions were sensate. While prepping Smith in the operating theater, the team performed rapid sequence intubation for anesthetic care. The general surgeons performed an exploratory laparotomy while the orthopaedic surgeons performed irrigation and debridement of both upper extremity injuries and multiple soft tissue wounds, and applied negative pressure wound dressing. The surgeons took care to ensure that any penetration to the elbow joint was ruled out via saline arthrogram and direct inspection.

On the second day, the orthopaedic surgeons repeated irrigation and debridement of Smith’s wounds.

Within 72 hours of his injuries, Smith was stabilized and aeromedically evacuated from the theater with both of his arms splinted. He had been extubated and was able to follow commands and demonstrated use of both hands.

At this point, what plan would you recommend for definitive care of Smith’s injuries? What concerns would you have for the positioning and approach?  Would you fix both sides at once?

Maj Smith, a 22-year-old male, was just three weeks into his second tour of duty. While on foot patrol one afternoon, Smith and his squad broke off from the company to begin house-to-house searches in one of the more dangerous neighborhoods in the area. Moments after entering one home, they surprised a group of insurgents, who quickly open fire on the squad.

“I remember ordering my men to take cover and the next thing I knew, I was in a battalion aid station,” recalled Smith.

Smith suffered multiple gunshot wounds while trying to get his squad to safety. A nearby squad heard the gunfire and was soon able to contain the insurgents and transport Smith and his men to medical care. Both of Smith’s arms were wounded and he was bleeding from his flank, where a bullet penetrated both his right arm and his chest. Also, he was having difficulty breathing. The company had been well trained in front-line first aid and buddy care. One soldier applied tourniquets to both upper arms to slow the bleeding while another applied direct pressure and clean bandages to Smith’s open wounds. They also performed decompression of Smith’s right chest, which eased his breathing while they waited for the medevac chopper to arrive.

In an echelon 2 medical facility, where basic surgical stabilization care can be provided, what sequence of care would you recommend for this patient?